Take Advantage of Where You Live. 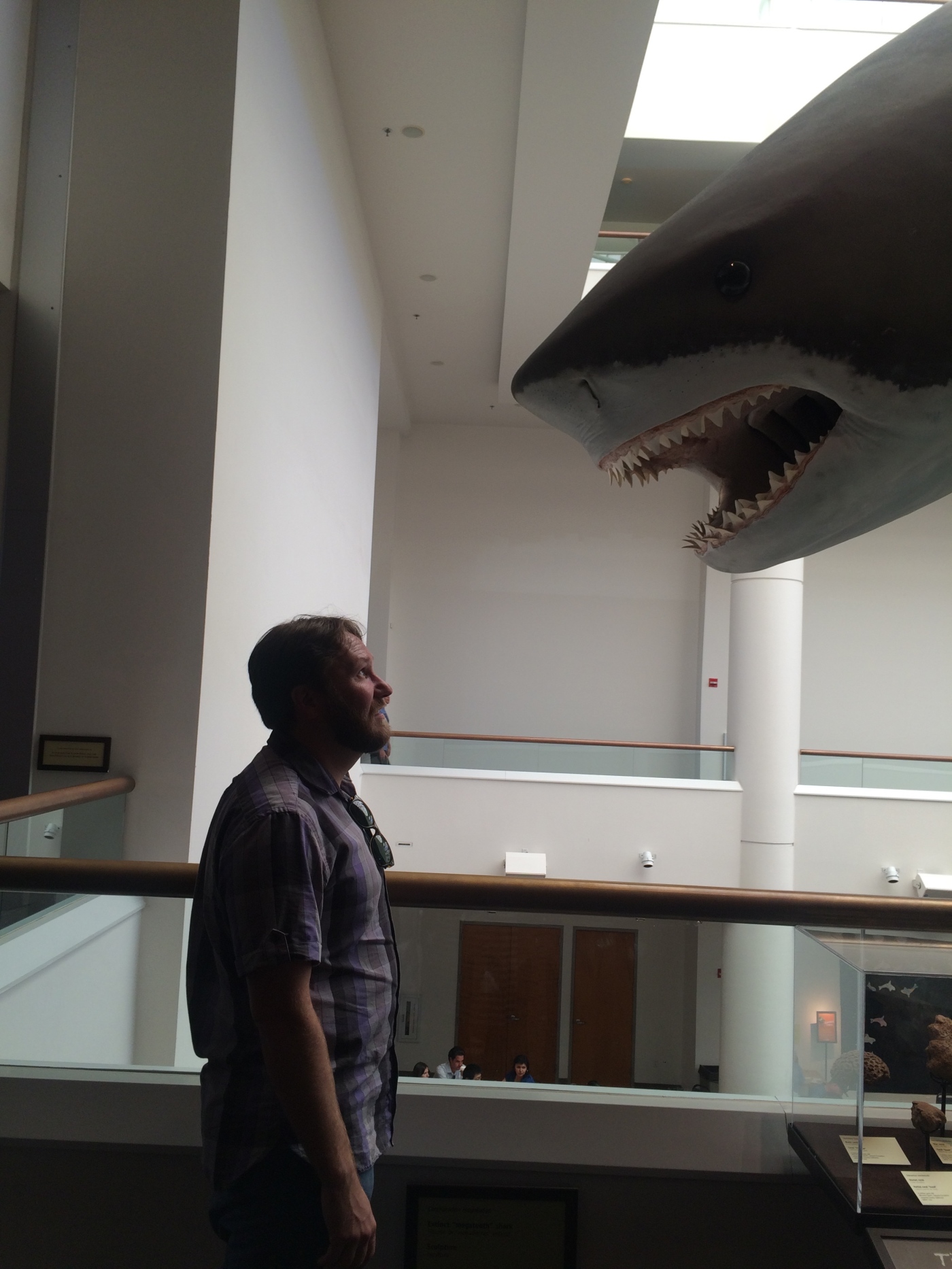 Dave and I woke up one Saturday morning a bit on the early side (we don’t have children yet, so waking at 7:30am on a Saturday is early for us), looked at each other and I said, “you wanna go to San Diego?” Because he’s always up for an adventure, Dave said “yes!”  That aspect of where we live is so awesome, it’s an hour south to San Diego, an hour north to Los Angeles, and an hour east to Palm Springs.   We hurriedly got dressed, walked/fed the dogs, jumped in the car and were off.  It’s pretty rare that we haven’t made plans, so I try to relish these moments when we can be spontaneous and go on a random day trip. 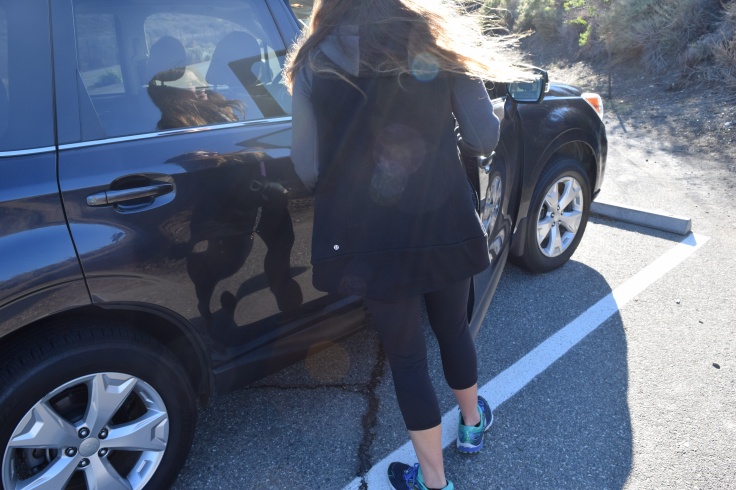 The first stop was for food, we went to a place that I’d seen on another blog before called “Snooze an AM Eatery.”  I completely forgot to take pictures, and honestly I’m not super upset by that.  I found a hair in my burrito, which was a major bummer.  At this point I don’t even remember how it tasted and it just grosses me out to think about it.  Dave reports that his was tasty, but really heavy.   As I’m sure you could have guessed we won’t be going back.

We wanted to pick up a donut before we headed to our destination, but the donut bar was sold out!  They were super nice and gave us a coupon for a free donut so we’ll totally be back.  I hear their donuts are off the hook!  Then we off to explore the area near the San Diego zoo called “Balboa park,” and I’m soooooo glad we did (at first I wanted to go to the zoo because I love how amazing and progressive the San Diego zoo is, but we were just there a little while ago so Dave convinced me otherwise).  The first spot we scoped out was called the “Spanish Village Art Center,” and it was super beautiful. 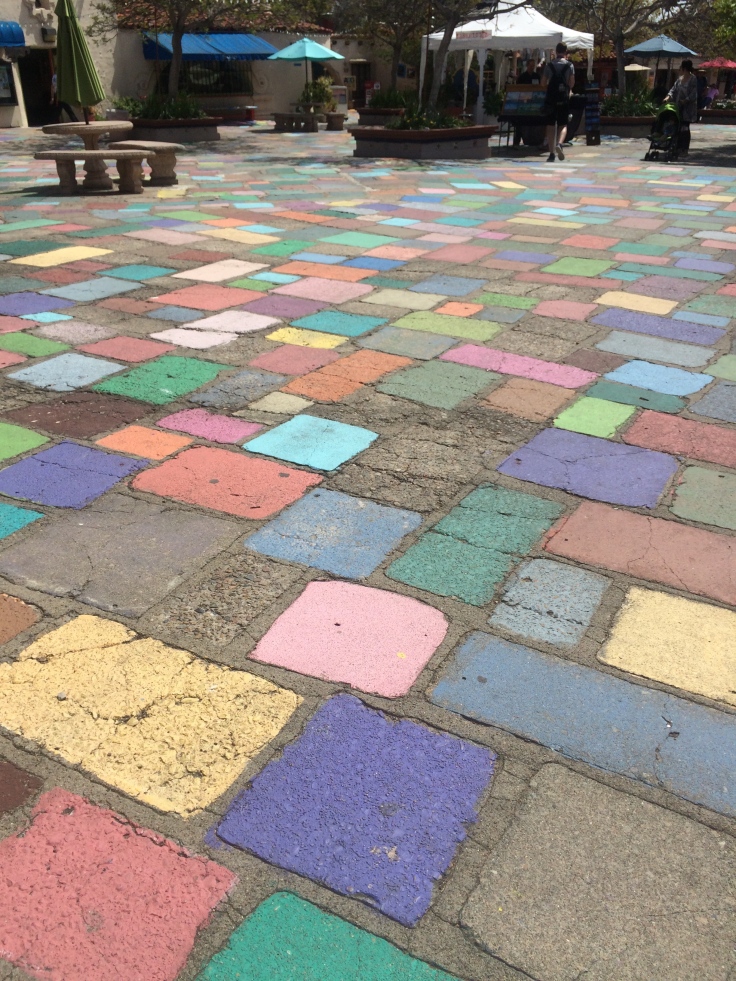 The ground is painted in this cool way, and it’s surrounded by cute little art shops.  I don’t know why, but I never feel grown up enough to go into art shops.  Maybe one day 😛

I can see why San Diego would be the place to be if you were an artist.  Dave was telling me that his uncle Jeff’s mom sold her art in this village. 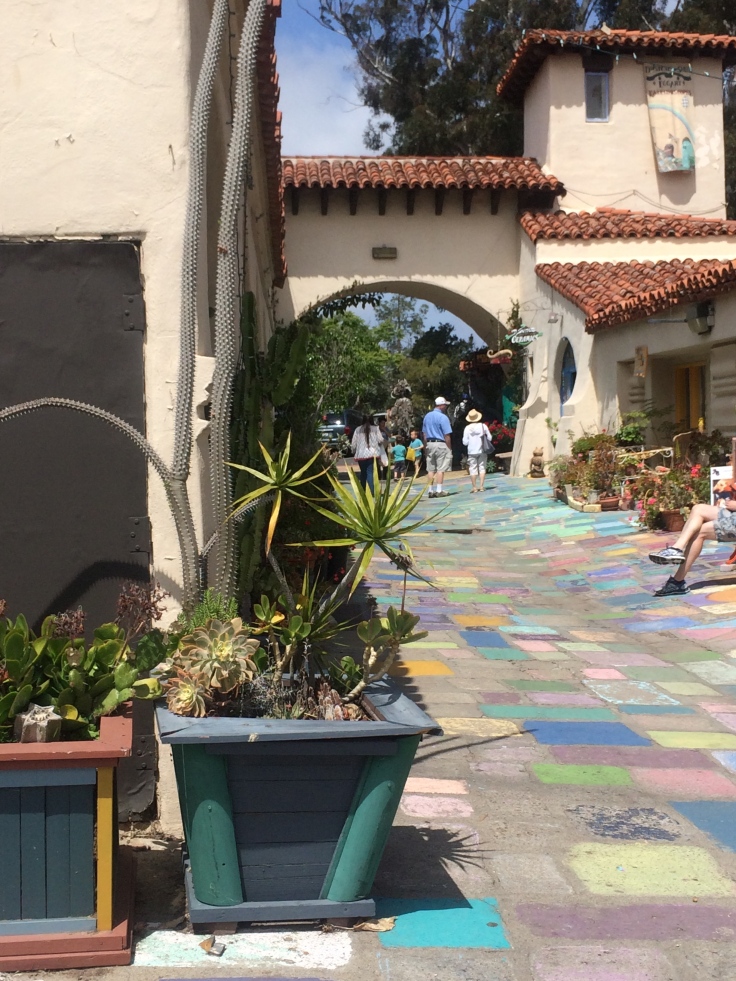 After exploring the art village we decided to check out more of the park.  I can’t even describe how cool it is, there is so much to see.  Some of the places you have to pay to get into (like the natural history museum), but a lot of the stuff is free.  There was this really neat botanical building.  I’ll start with a picture of the outside, which reminded me of Jurassic Park. 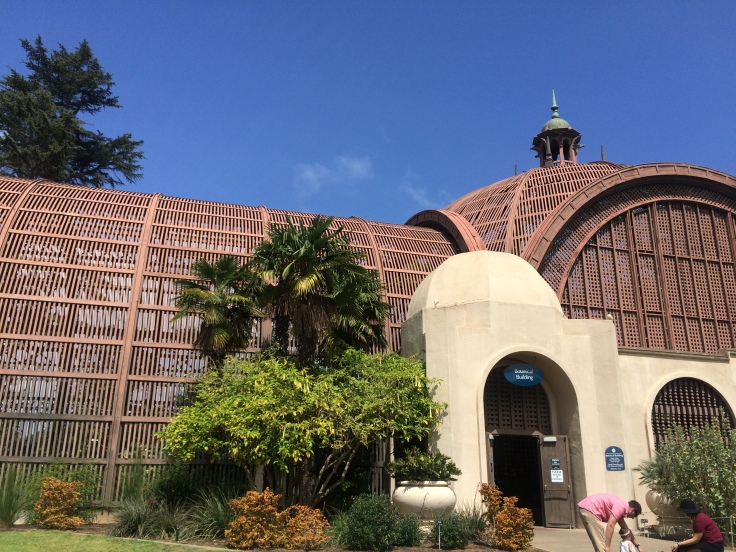 This picture doesn’t do the size of it justice.  It felt like I was transported back in time, because you really don’t see buildings like this made of wood anymore.  Inside the ceiling felt so massive, and beautiful! 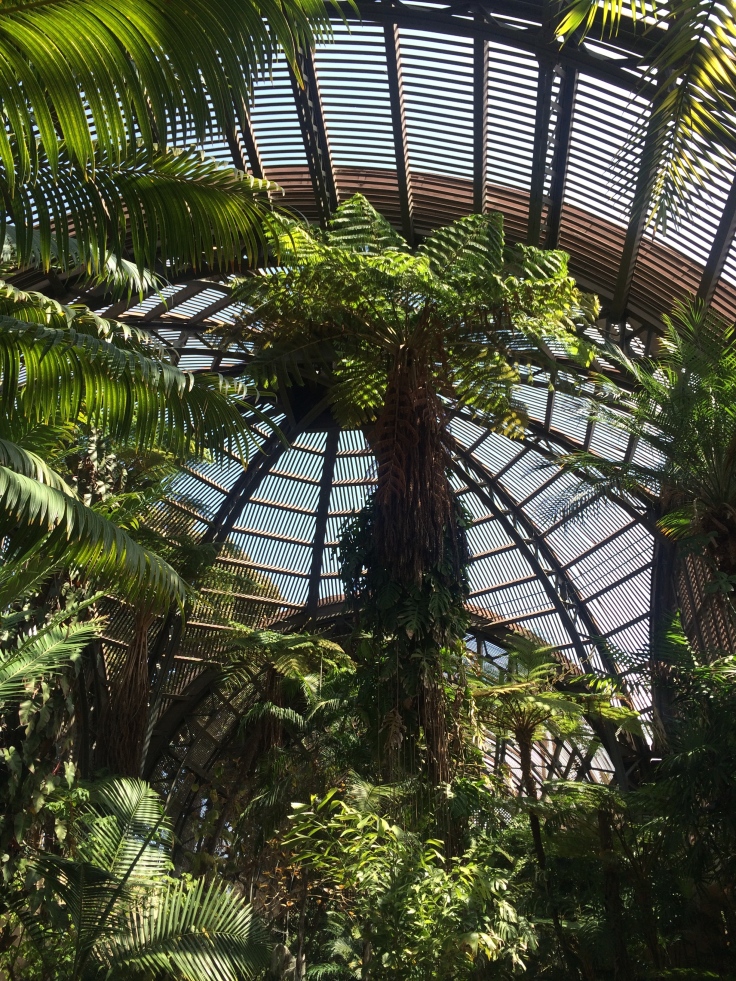 It’s been amazing being able to explore a completely different kind of nature and climate than the one I’ve been used to my whole life.  The PNW is full of evergreens, pine trees, and moss is everywhere; down here it’s more tropical with (obviously) palm trees everywhere. 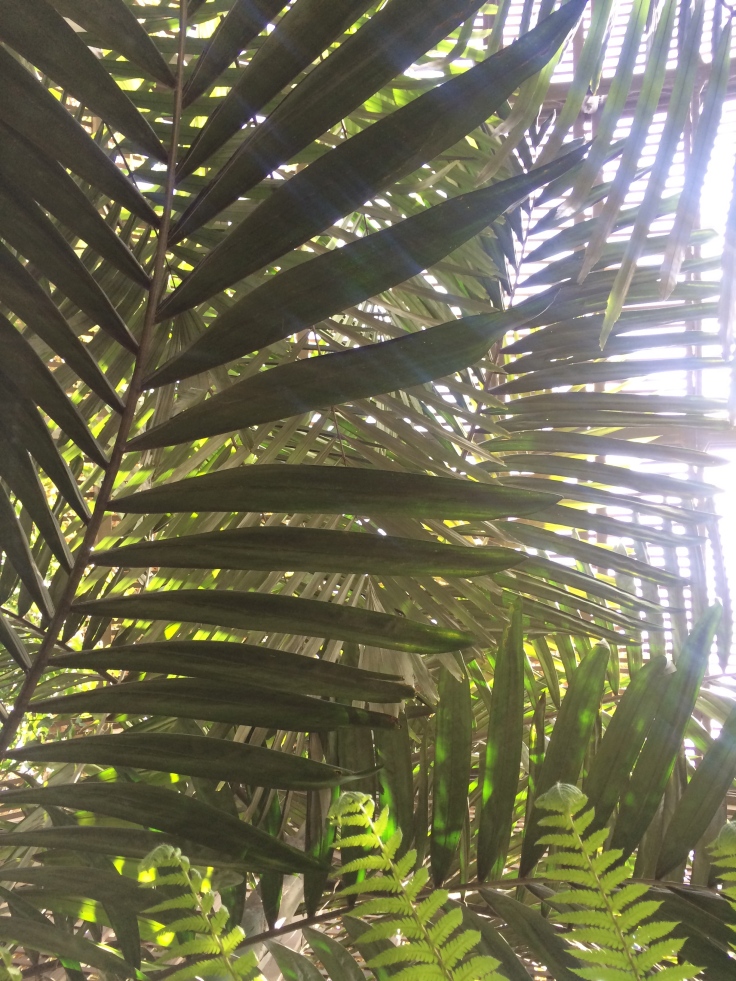 The smells in this building were amazing!

I wish I would have snagged a few more shots of the area surrounding all the different buildings.  You can tell that the landscape is really well taken care of, and there were a ton of people there so it seemed like a really popular spot. 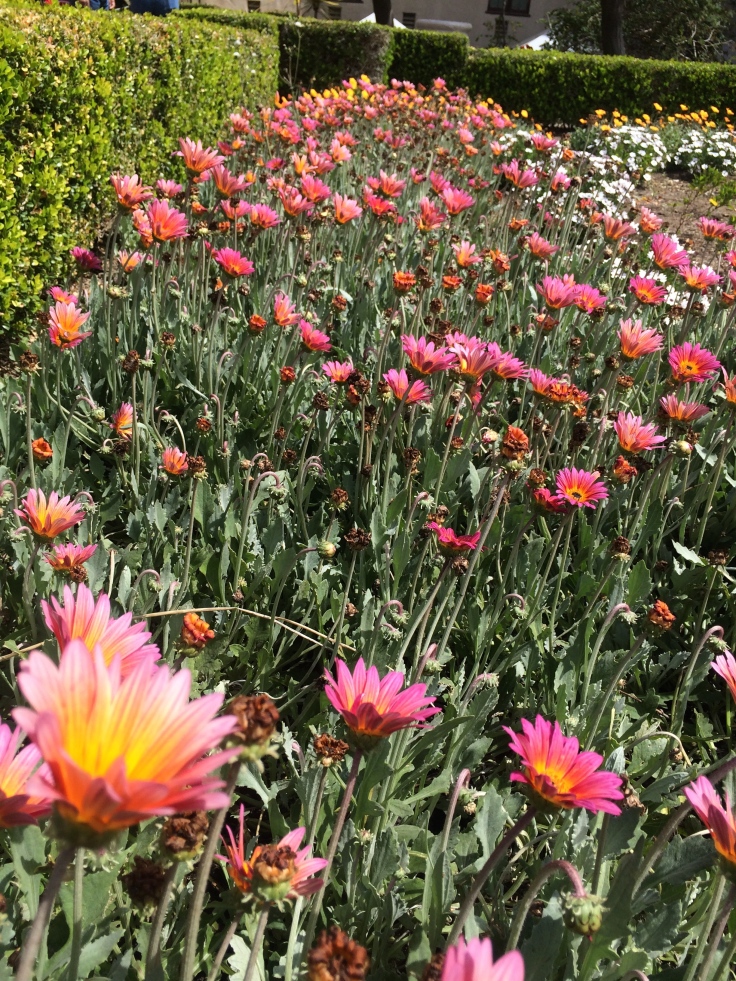 Some of the architecture reminded me of Spain, it was  just so beautiful! 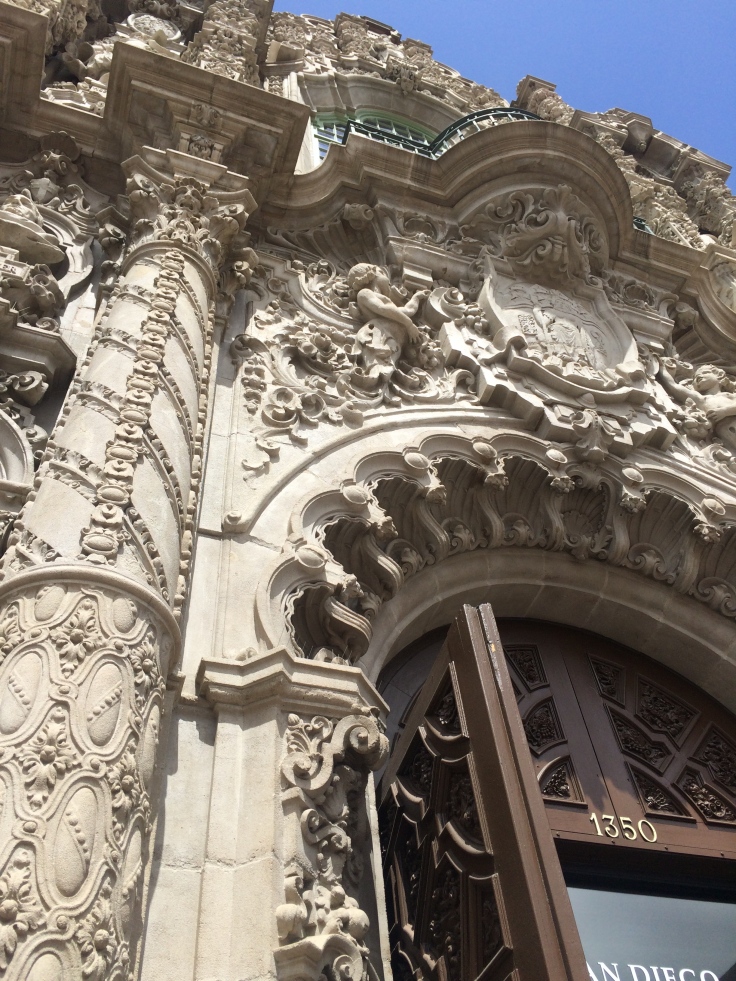 And some was scary! (San Diego doing it’s part by not having water coming out the mouth, or having their water fountains active, bonus points for water conservation). 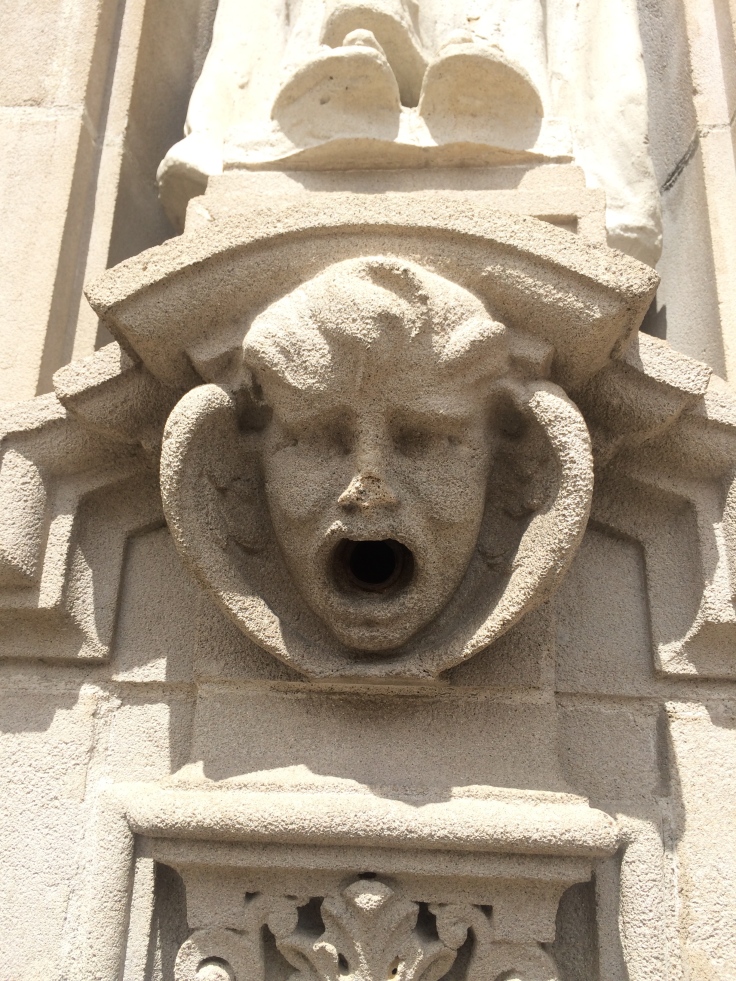 I can’t get enough of Spanish tiles, I want it in my house! 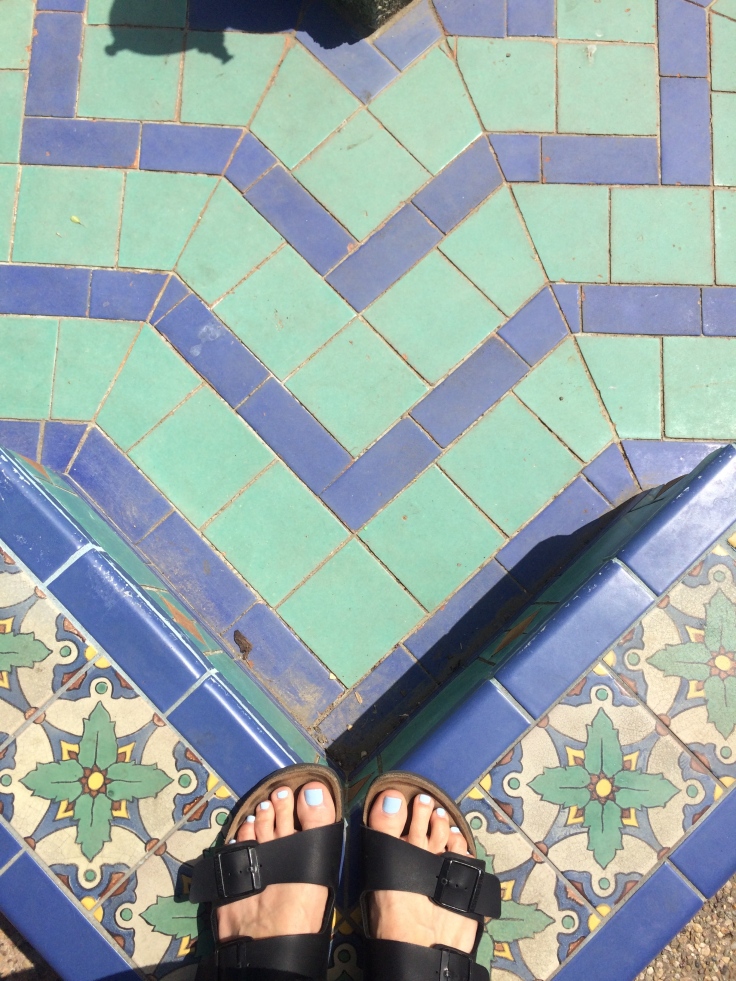 Dave and his elephant friend! 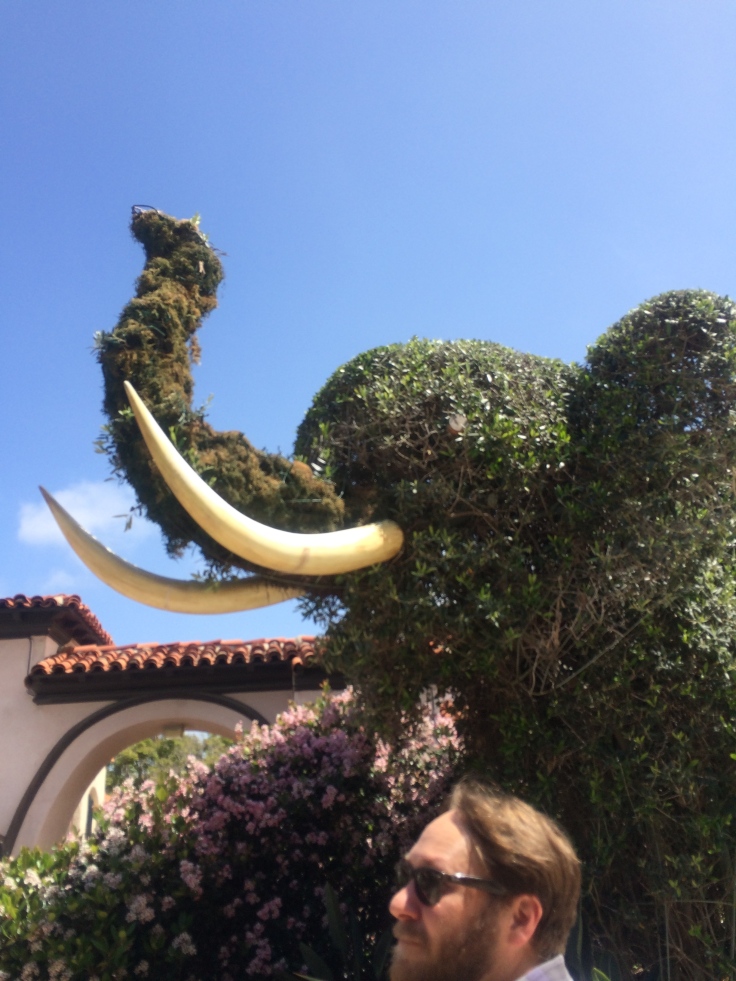 After we had explored all the free stuff we decided to pick a museum to check out, we settled on the natural history museum because it looked amazing on the outside and the inside didn’t disappoint. 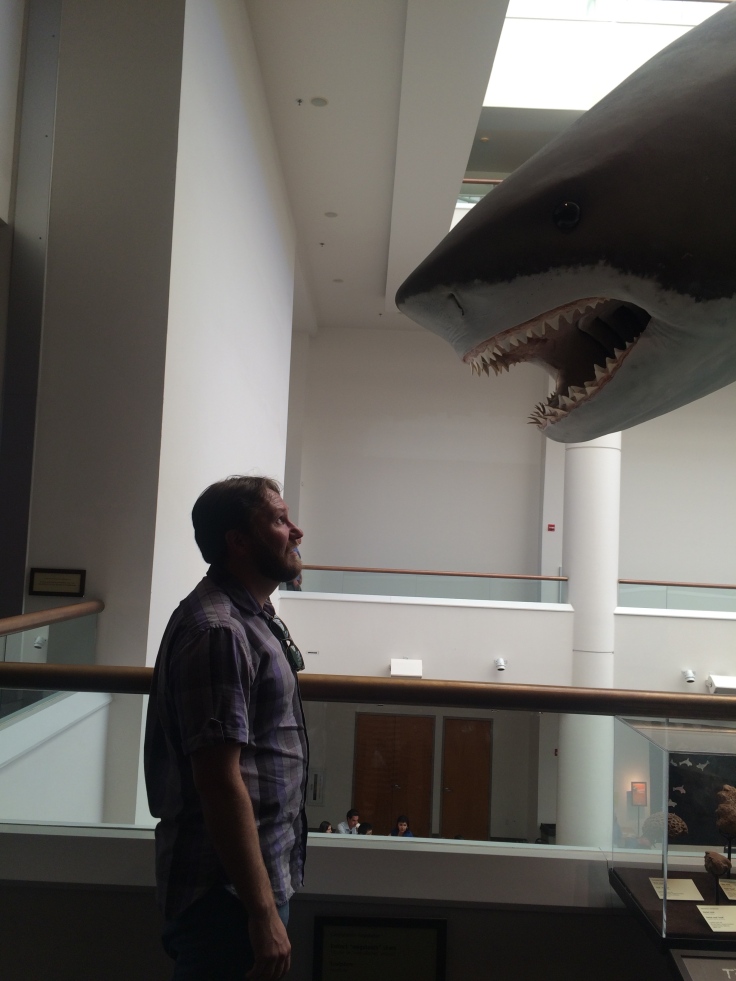 All in all it was a really fun day of exploration!  San Diego has always been this city that my heart has longed for, but I’ve never really spent an extensive amount of time there.  Now we have to go back, I mean we have a coupon for a free donut!!!!!  Hope you have an adventure this weekend.