My friend showed me this video and man did I cry after watching it.  It made me think of the last eleven years I’ve had with this guy.. 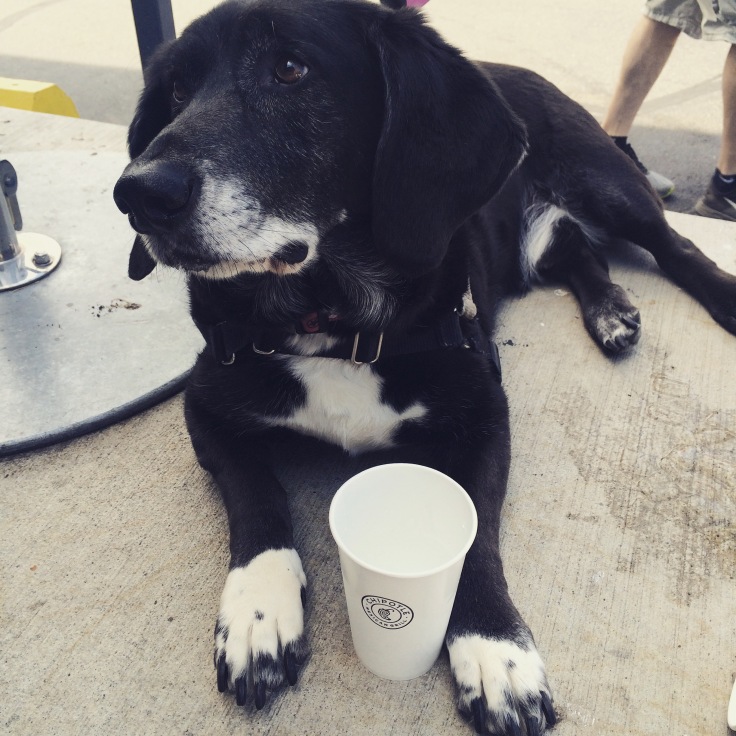 Charlie has been with me through some pretty difficult times in my life and I really don’t know what I would have done without him.

When I first met Charlie they said they had found him roaming the streets of Seattle.  I took him to the play area Seattle Animal Shelter has in their backyard and he was totally aloof.  This was what I wanted in a dog.

He was fooling me though, playing coy I think.  Because this dog has a tremendous amount of personality.  He gets very excited to see pretty much everyone, Tara always says the song that goes, “I didn’t mean to scare you, you just seemed really nice” reminds her of him and it’s completely true.

Charlie was named after the dog in this movie, and while he’s really more like ‘itchy,’ I just love how she says his name, I say it to him in her voice all the time.

This dog means so much to me, I often cry thinking about what my life will be like without him. I used to get upset at myself for worrying about that, but I now know that when I cry for that (hopefully) far off future I’m just practicing the sadness that will inevitably be. Sadness, disappointment, loss, they are all a part of life. Let’s not pretend these things don’t happen, but let’s celebrate what we have right now. Knowing, that when the hard time does come, we will be sad, but also resilient.

I love you my Charlie bone ❤