Well, I would be lying if I said these last two months have breezed by. It’s such an interesting time warp with a newborn…everybody now, ‘let’s do the time warp again!’

When Dave was home from work we talked about how the days melted into one another, and I can’t think of a better way to describe it. I’m definitely jealous of countries that offer a year of leave (ehhmm Canada), but we made due with what we got and I’m so glad we had him while we did.

So I missed a one month post, but I kind of discussed our first month with bean in this post.

My hope is that I can do a monthly post so she has a virtual baby book to look back on when she’s older. Lord knows I wouldn’t be able to do a physical baby book. So let’s fast forward to today, Mira is two months old!

This month has been hard for our little girl as we learned she may have reflux 😦 We are starting to get it under control, but it’s been a tough go for her. My mom described having a newborn like having an exchange student living with you, and I felt that was an apt comparison. I think we’re starting to get a better sense of her.

She looks so much like my nonna when she cries! 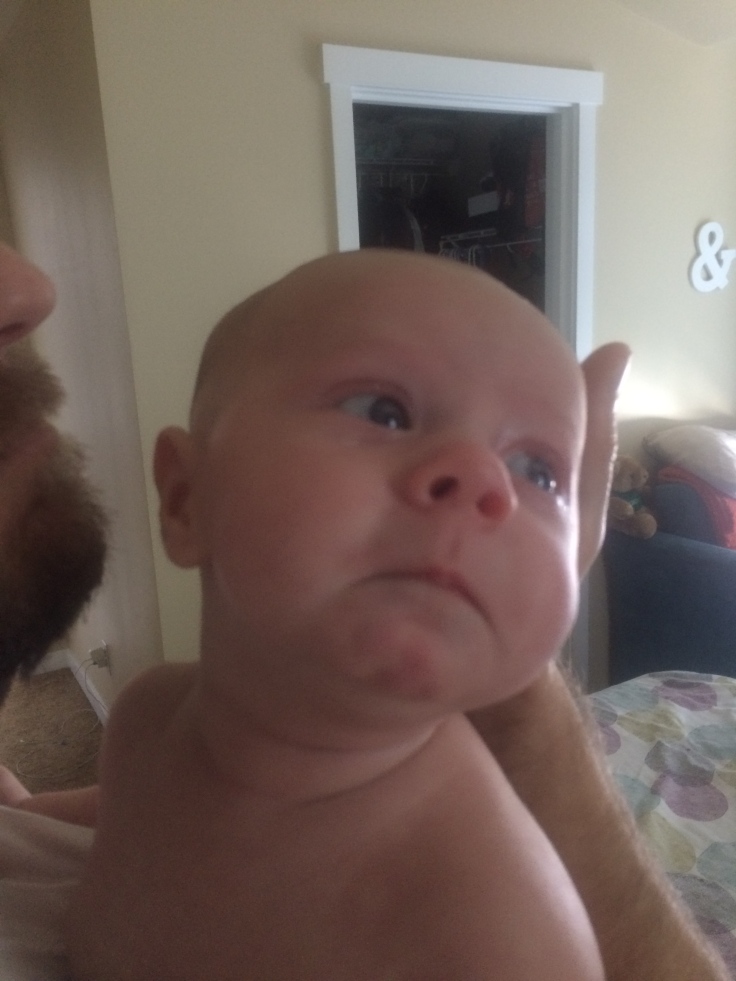 Initially we thought she had a digestive issue so after her one-month appointment we began giving her probiotics. That did seem to help for a time but she continued to cry with extreme frequency. So when we saw the pediatrician for her two-month appointment he recommended we try reflux medicine (he had thought that might be her problem at the one-month appointment, but he wanted to give the probiotics a try first). Honestly today was the first day that we had some relief from excessive crying, and we are so grateful (both for our sanity and her upset).

Today we were discussing the things we are grateful about regarding our little miss and here is the list we came up with:

There’s a lot that’s been SUPER difficult in this first few months. Saying that on the blog is really difficult for me because I have a lot of guilt surrounding the fact that I don’t feel like everything is all flowers and sausages! Dave’s therapist really described it well, ‘you both have set an expectation on yourself that it should be really easy/amazing for you since it was so hard to get to this point.’ Accepting that it’s okay it didn’t turn out exactly how we planned and letting go of the control has been very helpful.

I love our little bean, can’t wait to check in with you guys at three months.