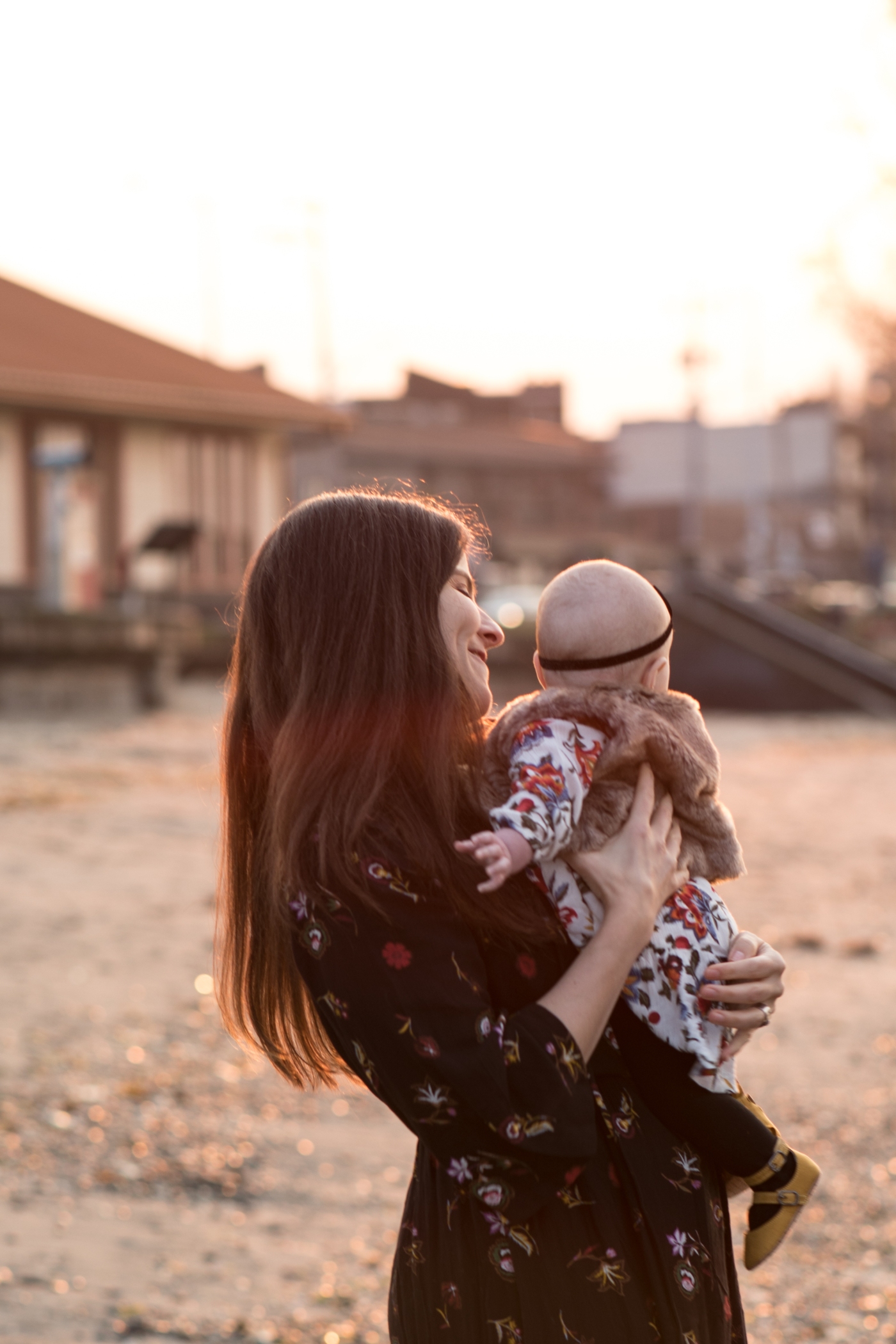 I keep hearing, “cherish this time,” “these are the best times,” “I miss that time,” and while I try not to judge (motherhood has humbled much of my judging Judy nature), I have a hard time believing that it won’t ALL have it’s good aspects. Annnnnyways, that’s neither here nor there, because here we are at 6 months and Mira IS as cute as can be. Here’s an update on our little bean:

-Mira is sleeping through the night!! I hesitate to write this because I don’t want to jinx us

-Mira has eaten the following foods: sweet potato, banana, delicata squash, butternut squash, pear, cereal, chicken, ferro, carrots, broccoli, peanut butter, strawberries, hemp milk, black berries, and a few other things we’ve baby-bird fed her. She seems to like all foods, but she’s in the ‘try/like everything’ stage so we’re trying to capitalize on that.

-A few of Mira’s firsts: Halloween, photo shoot, house, Christmas light drive, flight, trip to the Seattle Center, trip to Orange County, Thanksgiving dinner, trip to the beach (both at home and the OC), while she didn’t make it into Disneyland we did meet at downtown Disney, date night babysitter who wasn’t a family member, there are probably more (I mean she’s a baby, everything is a first right?) but I’ll leave it there for now.

*Halloween was during the time with Mira that we like to call “I hate this world, why did you bring me here?!?!?!?!?!?” So this picture is the best I can do….also I blame Trump for her feelings.

Dave told me that a friend of his recently said “I’m so glad things have gotten better, because it sounded really hard.” Dave said, “I thought things were hard for your kiddo in the beginning too?” and he replied, “Yeah it was challenging, but Mira sounded a lot more.” And I have to tell you, hearing that always feels so nice. It was REALLY hard during those first 5 months, like unfathomably hard. I’d say the turning point happened when sleep got better. One day she took three naps that each lasted about an hour and I thought to myself, ‘is this what it’s like when you have a baby that sleeps???’ She still cries painstakingly when going down for most naps and at night, but it has gotten so much better. 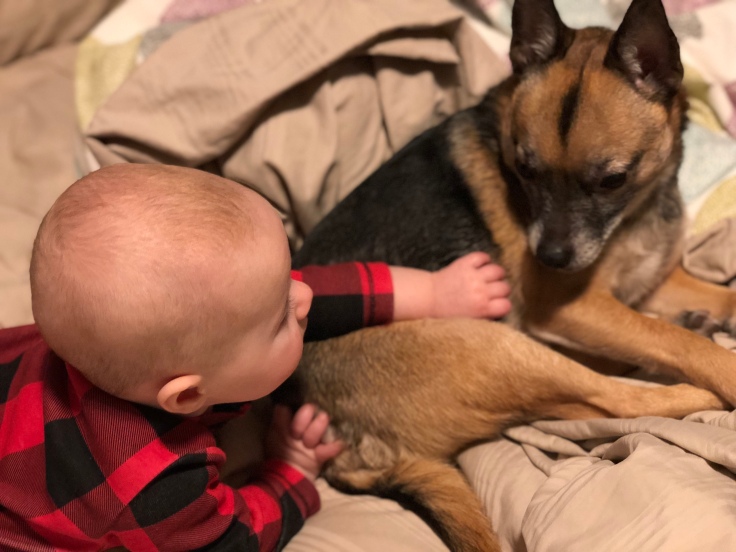 For Thanksgiving we took a trip down to Orange County and Mira was able to meet so many of Dave’s family members and some really good friends of ours. It was such an exciting time for all of us, and Mira did so well on the flights to and from. The Ergo was intricate in napping on the flight and keeping our bean happy. 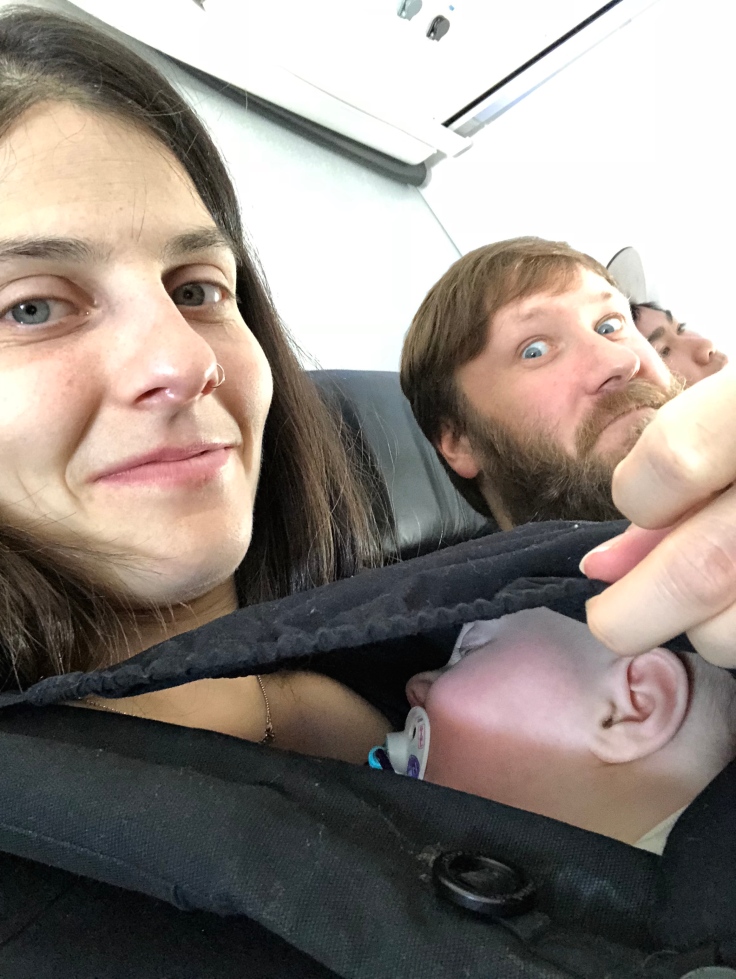 Dave’s grandma and sister were finally able to meet Mira, and there was a lot of long awaited gushing

Our little bean has had a pretty wild first six months of life, and she has definitely brought us so much joy. There are still moments when I look at Dave and say, “Can you believe she’s ours?” “We have a daughter!” “She’s our little girl.” and it feels surreal. I’m going to hold on to that feeling, forever. She’ll be thirty (and obvs changing the world) and I’ll look at Dave and say “that’s our bean!” and it will feel unreal all over again.

I love you Mirabella Emma.