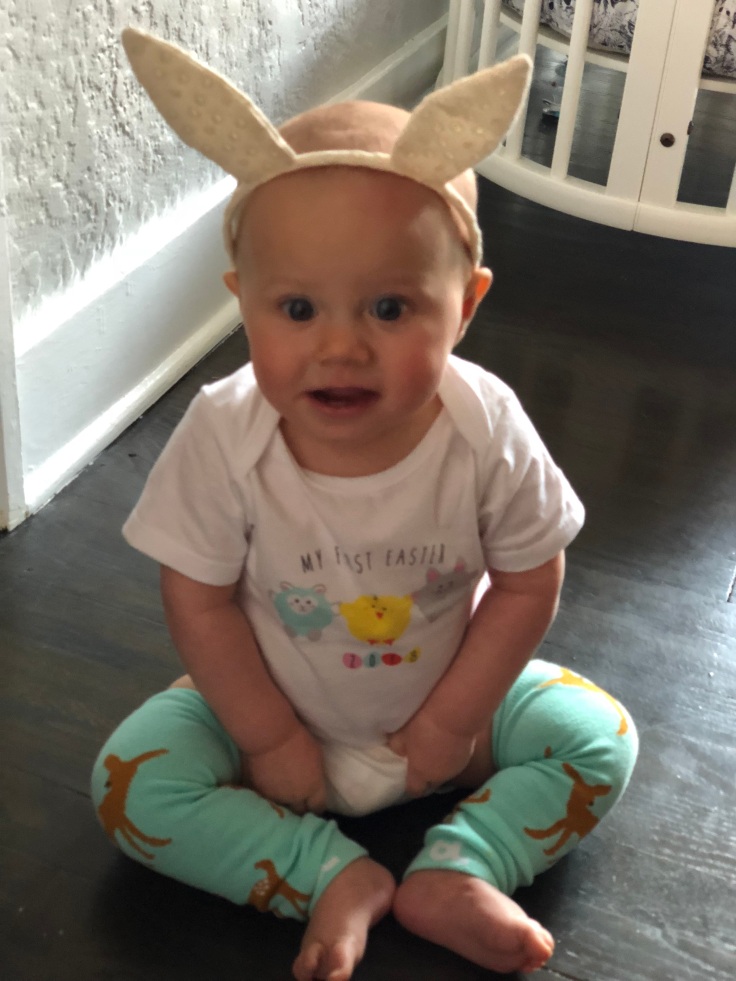 Oh and just so you know, this is what happened minutes later…. 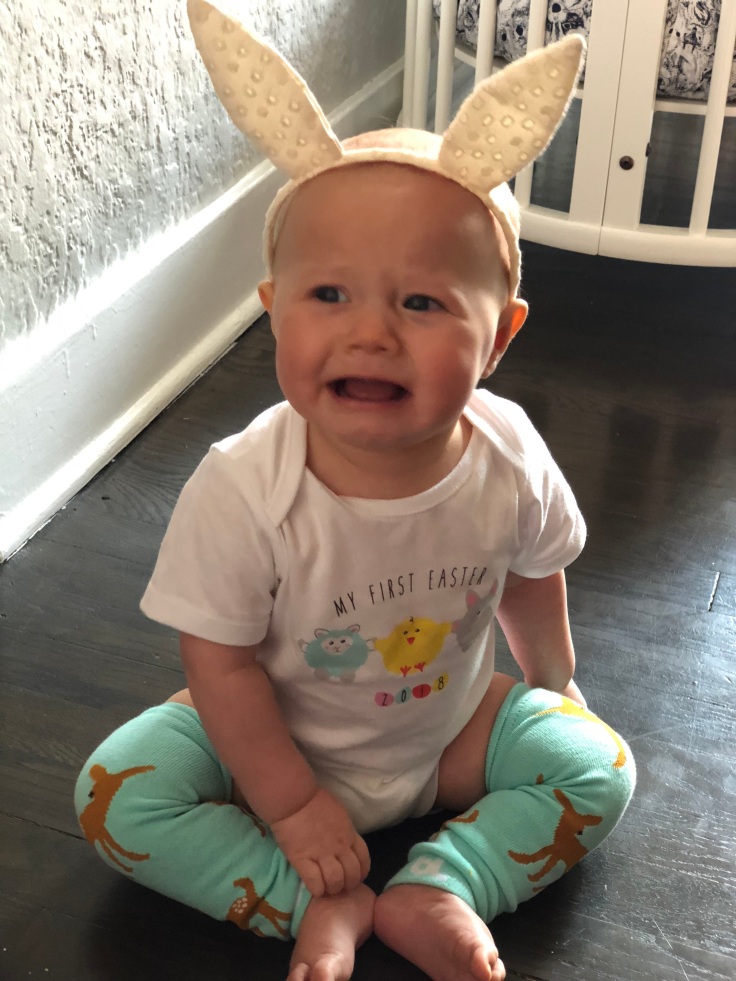 I am happy to report that more often than not Mira is lovin’ life (I know, I know, I mentioned this in the last update….but guys…..she HATED those first 4.5 months of life, that’s so much better and I still feel like I need to shout it from the roof tops).

Here are a few of her other favorite things: 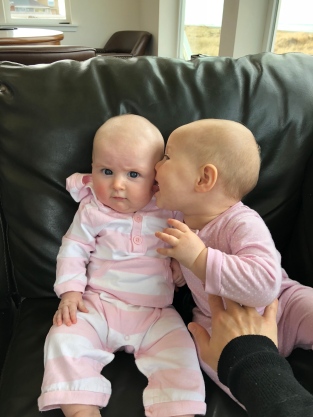 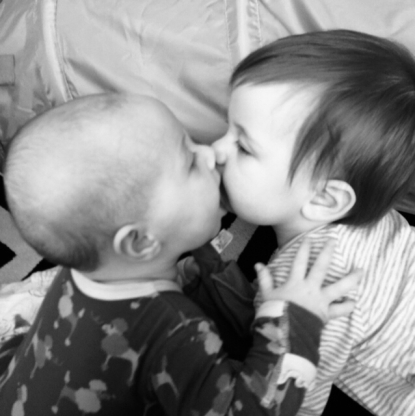 She also kisses herself in the mirror, she’s just one for giving kisses. 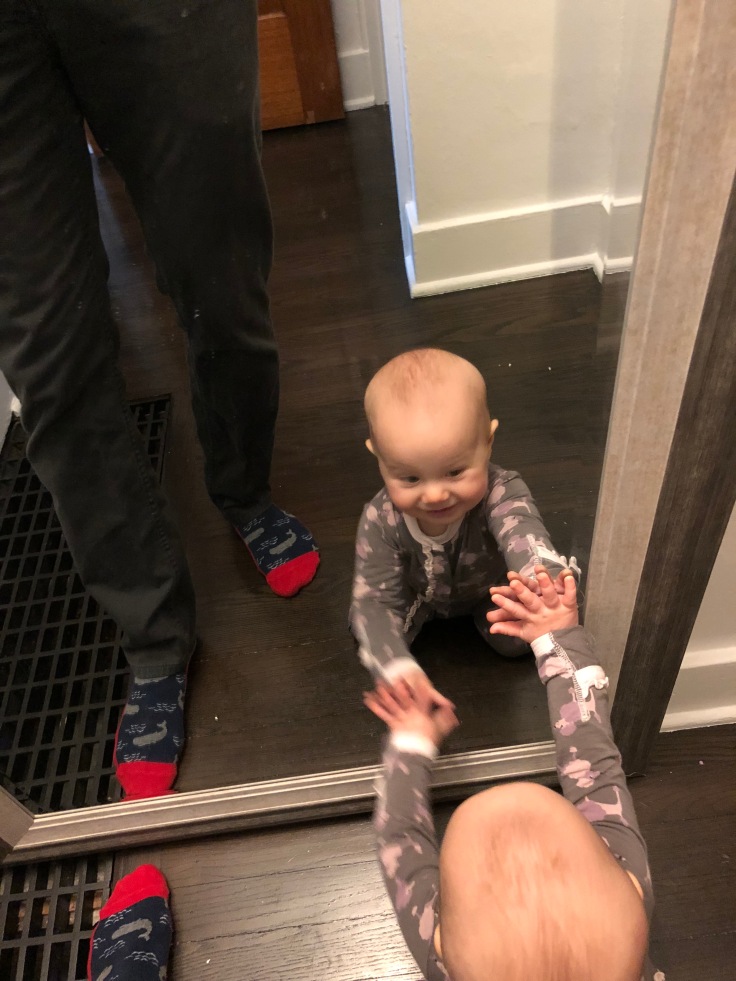 Here are some of her firsts over the last two months: 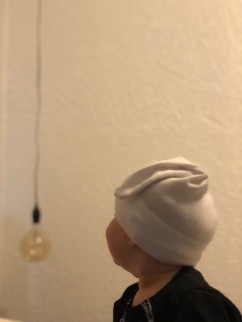 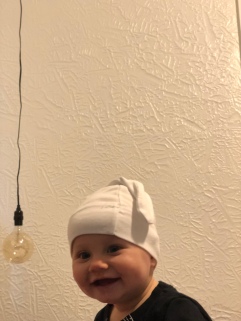 Our little bean laughs so much these days! She thinks her nonna and papa are extremely hilarious! 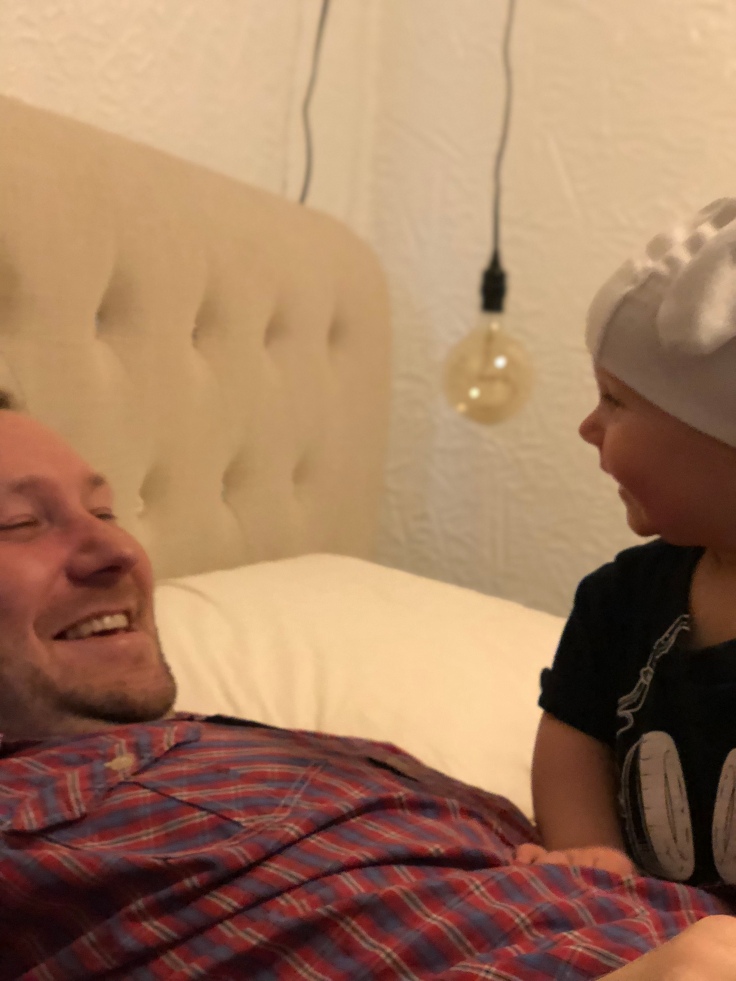 My favorite part about our little bean right now is that she’s so social. The other day I was doing a workout and she was doing it right along side me in her jumper. Later that day we were playing with blocks and taking turns throwing them into a box together, it was magical! 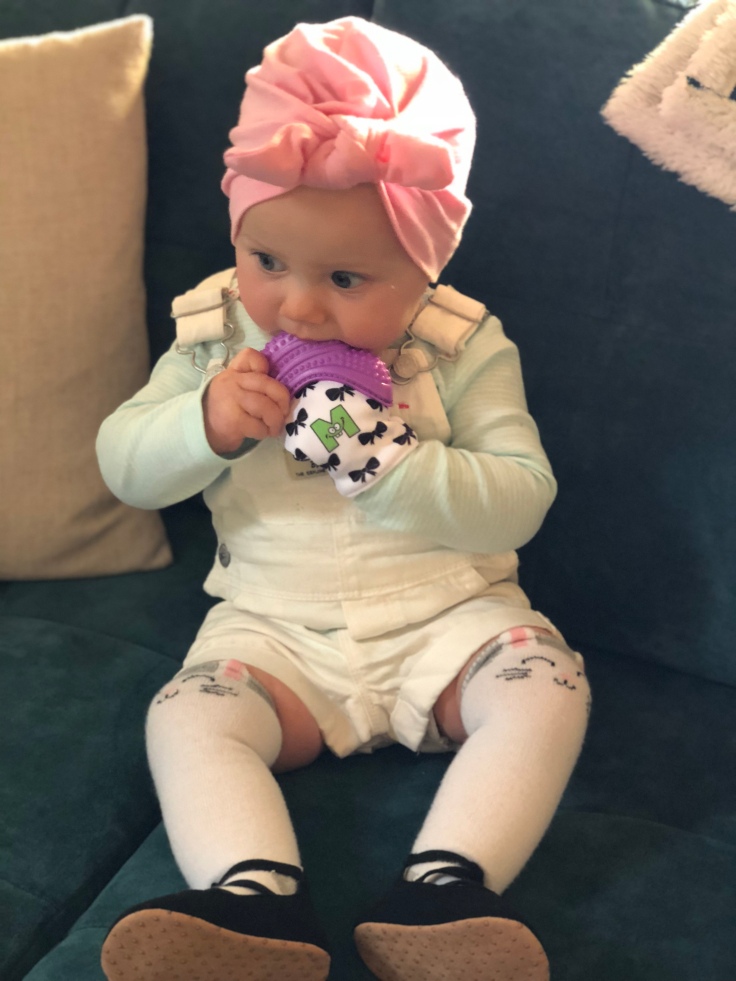 So I’m gonna tell you something, she is crawling all over the place, AND I LOVE IT!!!!!!!!!!!!!!!!!!!!!! That’s the kind of energy I don’t mind expending! It’s the best! Everyone kept saying to watch out, it will be tiring! Maybe it will be, but currently all I have to say is that: NOTHING COMPARES TO AN INFANT THAT WON’T STOP SCREAMING FOR 4.5 MONTHS! And here’s the thing guys, I will continue to say that until I am proven wrong. Sorry. You just. need. to. know.

As far as words go she is demonstrating emergent use of the sign “all done,” though it still needs prompting. She is consistent with ‘more’ for food, actions, and toys! We have heard ‘dada’ but also ‘papa’ so we don’t have any spoken words yet, but she is babbling a storm and I can’t even wait to hear her little voice!!

This girl is killing me guys with her cuteness, at night she has started nuzzling her head into my chest (it’s her first semblance of a snuggle…she’s never really been a cuddler) and it melts my heart. I sing extra goodnight songs so I can get extra nuzzles.

Okay, I think I’ve filled this post with enough Mira cuteness (what? never!) Okay, okay, one more before I go.

Okay, that one was mostly because I think Dave looks handsome in it ❤ #swoon