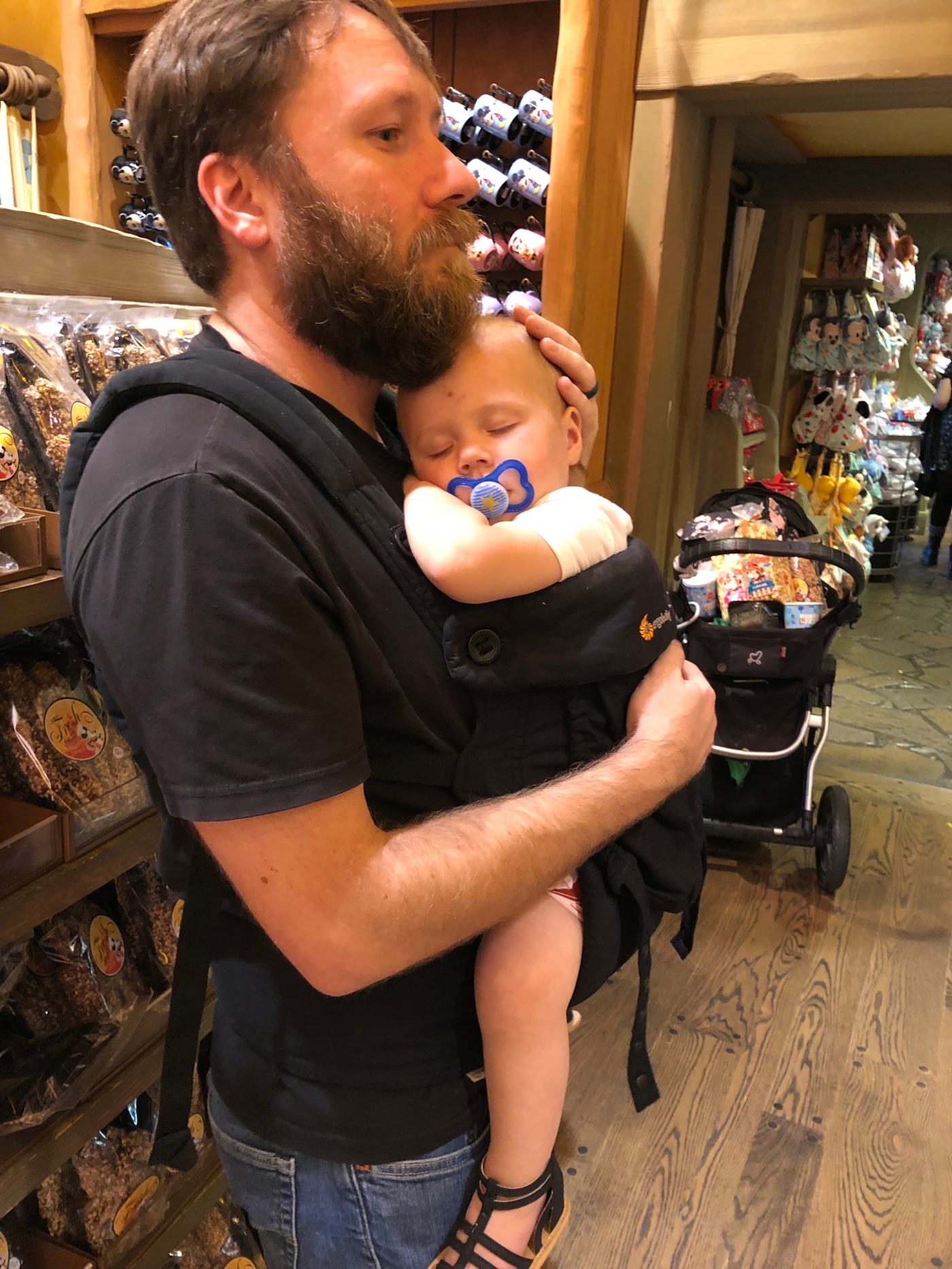 Well in the bittersweet way that life often happens we found ourselves in Southern California last week when Dave’s grandma passed away. We spent the majority of time in Los Angelos, but we made our way down to Orange County on a couple of occasions, one of those occasions being Disneyland. I’m going to write a more detailed post about some of my favorite places in southern California (I’ve been meaning to do that since we lived down there), but for now let me tell you about our trip to Disneyland, or as I like to refer to it, Mira’s first trip to Disneyland. I was slightly apprehensive to go to Disneyland with a child under 5, but that was before I found myself 40 minutes away from Disneyland. That. Changed. Everything. 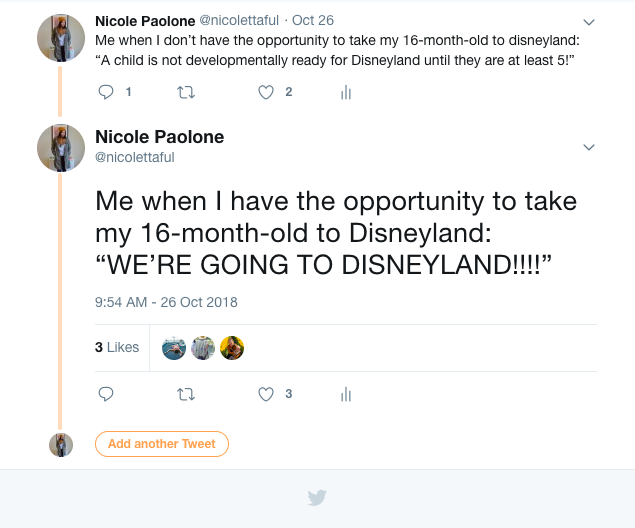 Some of you may have agreed with my initial sentiment (especially those of you who have knowledge of child development….man, the skill set they expect you to have at Disneyland….patience, delayed gratification, etc….I know adults that don’t have that shit), but Mirabella had one of the best days of her life. I’m not even talking about how excited/happy she was, I’m talking about minimal-upset, falling asleep on dad, riding five rides and not being afraid of any (even the witch on Snow White, who was my dad’s biggest fear for a large part of his childhood). 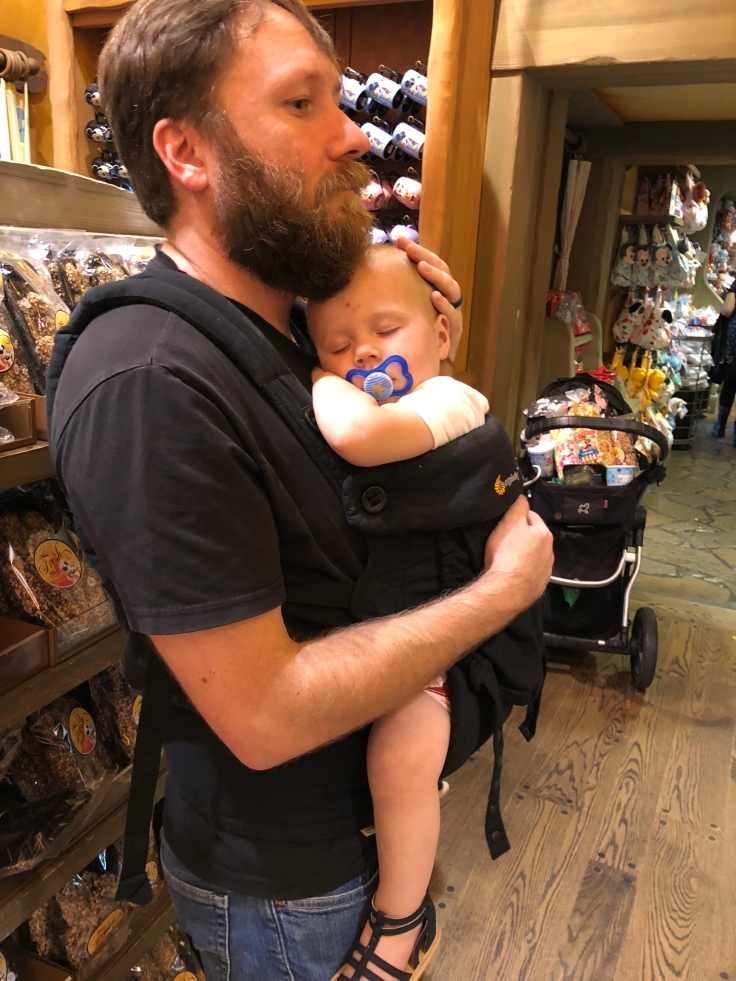 So now I’m of the mindset that it really depends on the child, I even think you could have an infant that would be good to go in Disneyland (as long as you have someone to watch them while you ride ALL the rides). One of my all time favorite rides is Pirates of the Caribbean, and this time the ride was even better! Mira spent the entire ride laying on me half asleep (she NEVER does that), it was just really amazing! 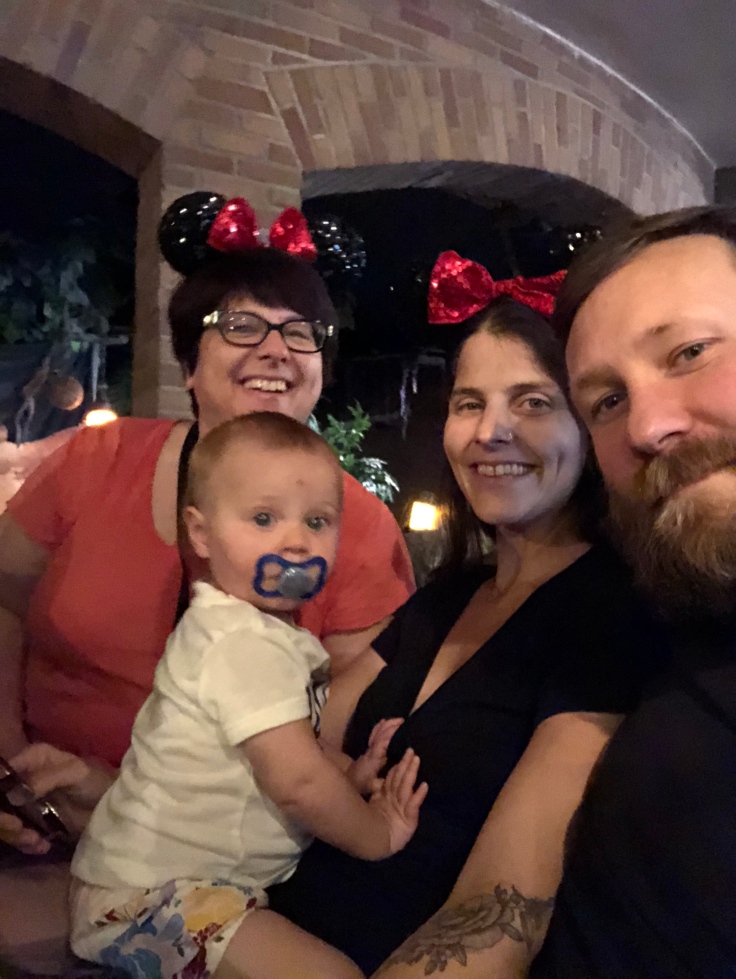 My mom came down with us to Cali to help with watching Mira while I worked and Dave was occupied. It was nice having her with us and I know it made Mira happy. Flying with Mira is definitely a joint effort at this point, so it was nice to have her with us on the flight down when Dave was already in LA. 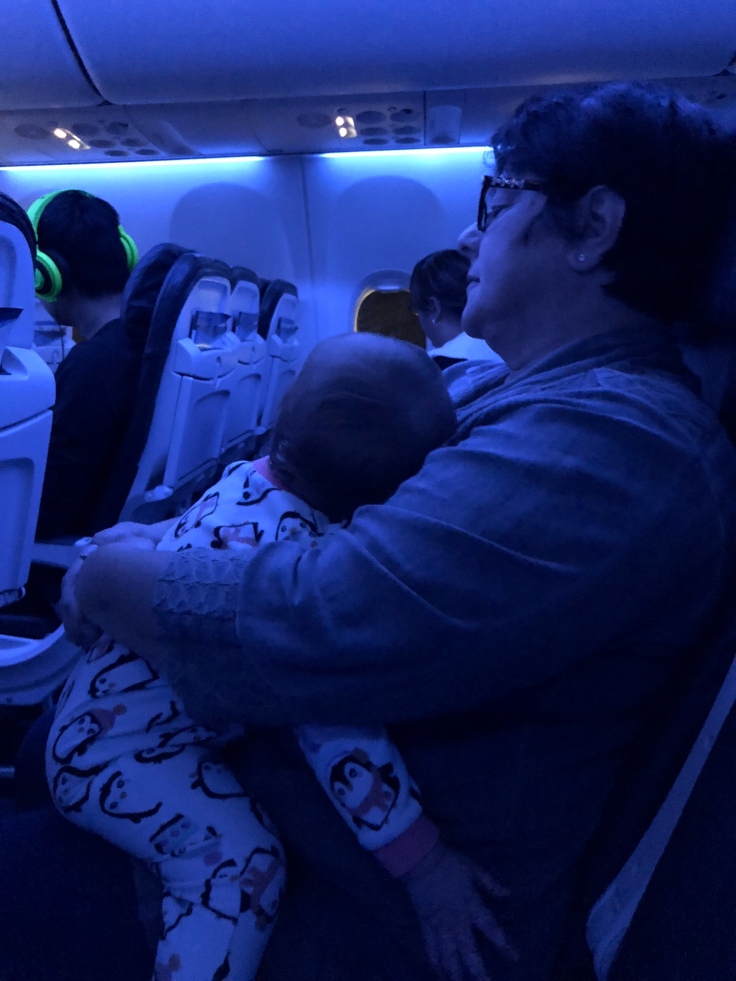 One of my favorite parts about Disneyland are the treats and we tried a few new ones this time. I was ALL about the slushies, this was actually my second of the day (the first one I didn’t snap a pic of, but it was orange-lemonade and it was delicious). 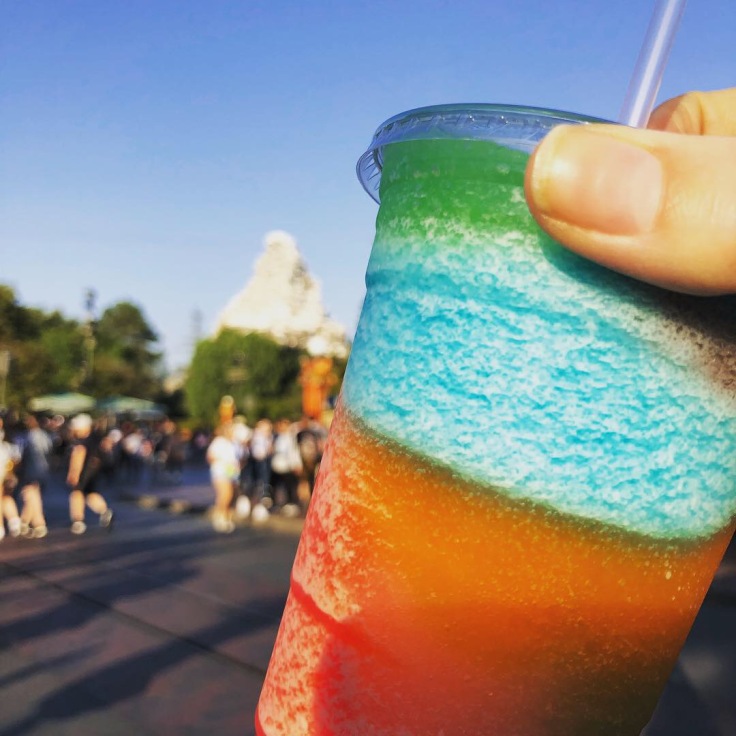 My mom tried the grey stuff, and apparently the dishes were correct, it’s delicious. 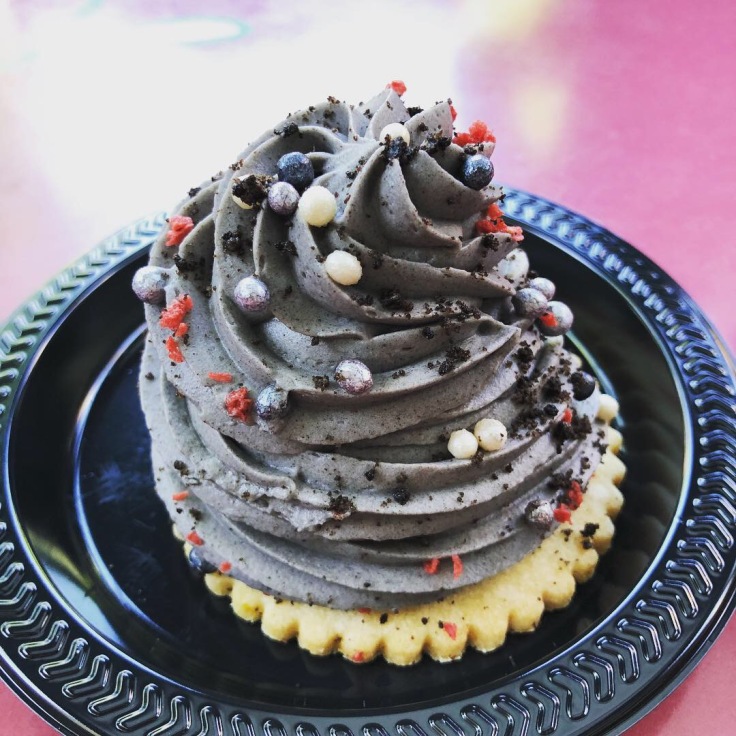 Here’s a list of all the other things we had that I didn’t snap a picture of: Frito Pie (this is an off menu item that you can ask for at the refreshment corner – Dave reports it’s delicious), Clam Chowder Bread Bowl (I may have ate mine and Daves), Mickey Macaroons (OMG, so delicious), Jack Skellington Cake Pop (not my fav – too much white chocolate), and as always Pooh Sandwich (I think they renamed it Mickey Sandwich, but I’ll always know it as the Pooh Sandwich) – old picture for memories. 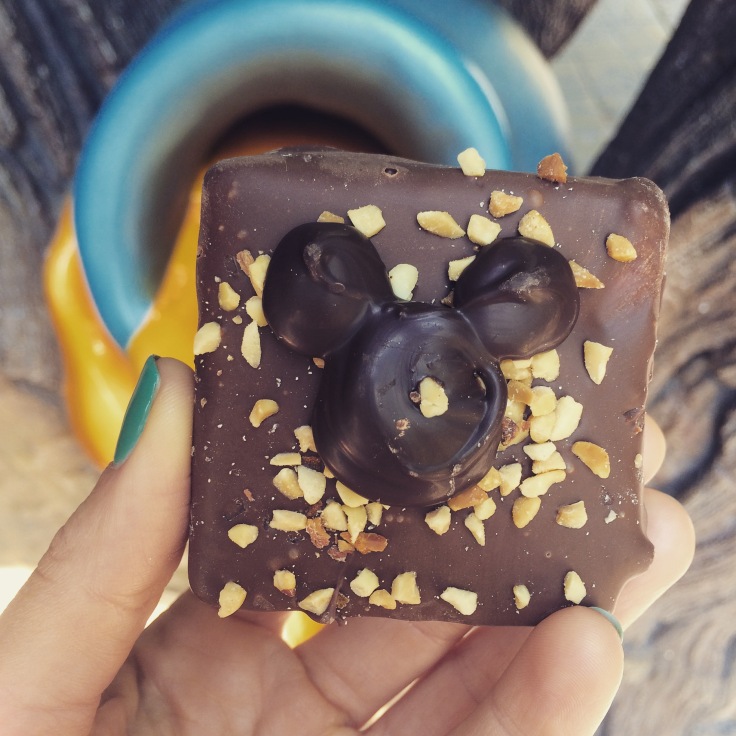 I’d say Mira’s absolute favorite part of Disneyland was the characters, but it was perfect because she’s not at an age where she could say “I want to wait in line an hour to get their signature.” It was more of a, if we saw them we saw them, if not then who cares. When she saw Pooh she was in heaven, the funny part is it was really her first time seeing Winnie the Pooh (we didn’t even get to ride the ride because it was closed), she just really has an intense love of visually stimulating stuffed animals (aka ELNO!!!). 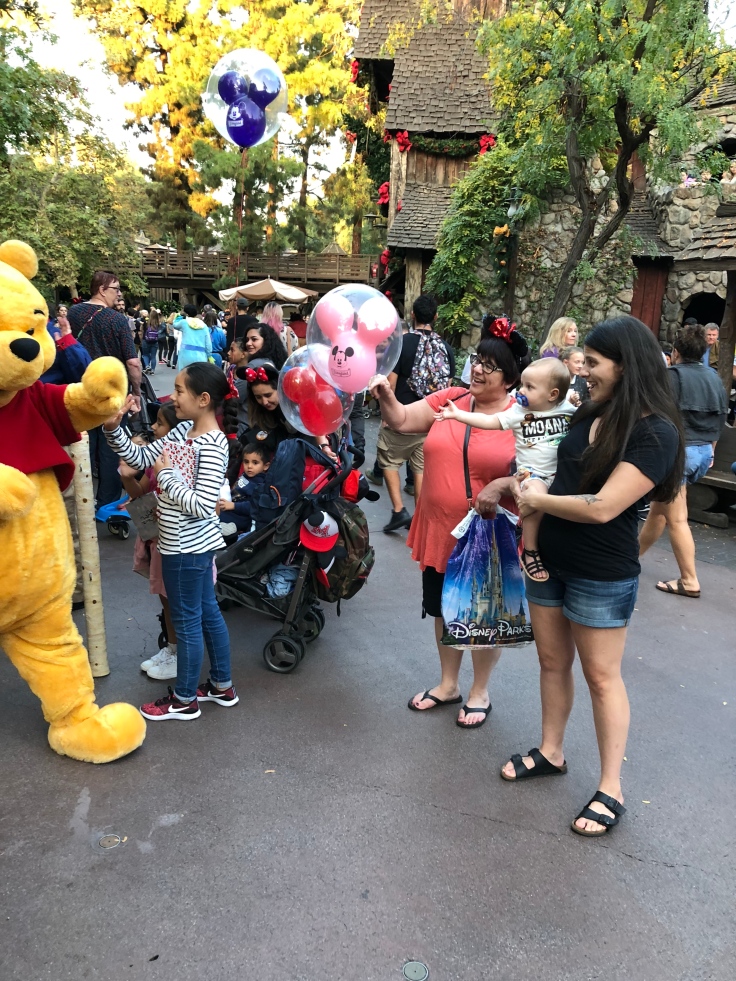 I’m not going to lie to you, there was a lot of apprehension about taking our 16-month-old to Disneyland, and while I’m not saying it’s something everyone should do, I do think that it really depends on your child. Mira had a great time, and I have no ragrats! 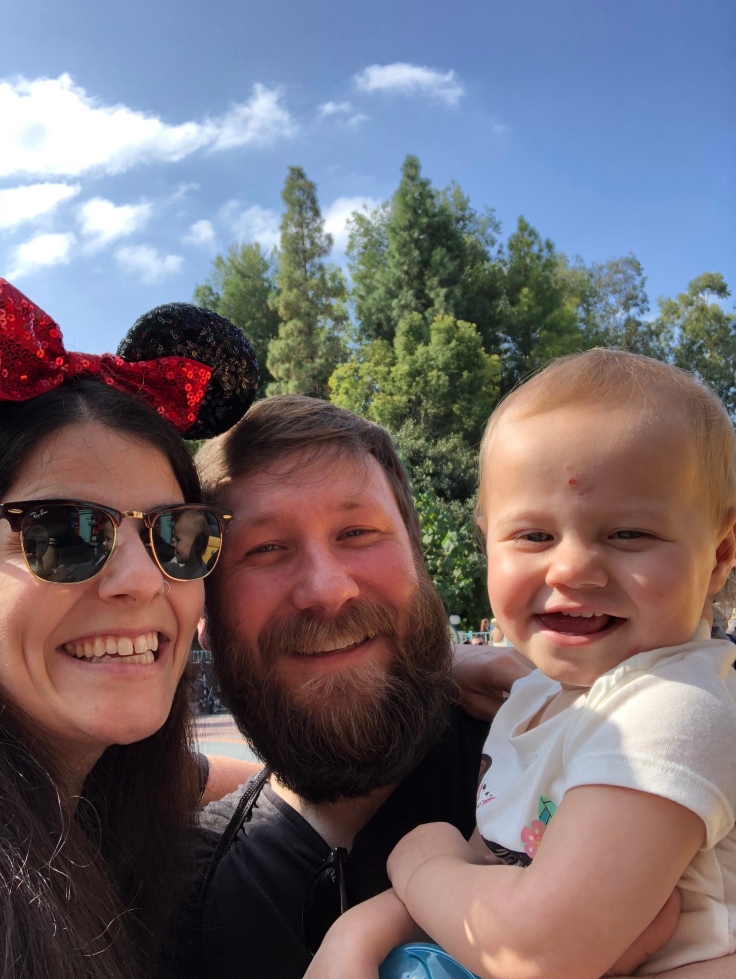 I’m excited for the time that we can go to Disney and Mira can form full sentences to tell us about what she’s seeing and how she feels about it!!!

One thought on “Mira’s First Trip To Disneyland”