Well, you know it’s been awhile when you go to type in your web address and it doesn’t automatically fill in with ‘theartofrunningintherain.’  I’m just hoping I still remember how to do this….oh yes, I type about my life (running, injuries, clothing, etc.) and tell myself that you all are very interested in what I’m doing ;P

A lot has changed for the Paolone-Webb clan; we are now officially California residents, I’m three shades darker, and I’ve purchased lattes from far fewer coffee shops (don’t get me wrong this isn’t financial restraint, this is purely because nothing compares to Herkimer and Voxx….just saying those names makes me miss their creamy delicious soy lattes).  Not to fret, one of the Herkimer dudes told me I can order online, and Dave makes a pretty mean latte.  In fact, funny diddy, that same guy said, “I don’t think it’s coffee you’ll have to worry about in Cali, I think it’s water.”  I responded to that with, “Let’s consider two things here, firstly I’ve been living on an island in Washington that has had poop in their water for the last 1.5 years, secondly, Washington is in a draught as well and yet the calves of my pants are soaked for over half the year, so let’s not throw stones when our house is made of beautiful, foresty, yummy coffee filled, PNW love.”  It’s hard to say anything negative about the Northwest, I mean, it’s my home base (yeah, I also joined a softball team so I use terms like home base now).  Well, I guess Canada is my true home, but I digress.

Yesterday my cousin asked how I was liking California (Orange County to be exact), and my response was this, “I’m very happy, I mean you know I have some critiques for California, but I’m also enjoying it quite a bit.”  After saying that I thought a great return post would be to share some of my favorites and some of my not favorites (there really could be a better word for that) of my new home.  So here goes…..

I was so worried to leave Seattle and all it’s granola goodness, to not have a place like PCC.  Places like this can be over priced, but this one is actually pretty good price-wise and you can tell they love the environment and have lot’s of organic and meat free options.  On that note, is it weird that I felt judged for being a pescatarian when living in Seattle? But down here, where there actually are less of us, I don’t feel judged?  Maybe the sunshine really does make people happy.  On to my next favorite…. 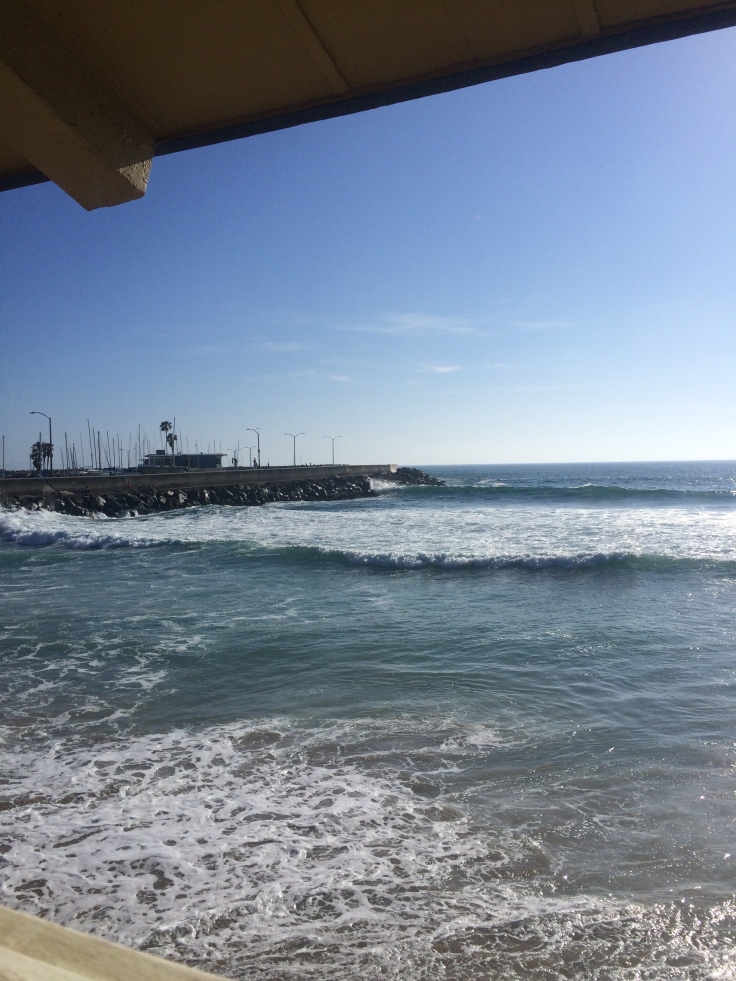 Seriously it’s shining all the time (well except in the morning which is the best time to get any vigorous outdoor activity done (e.g., running), but then every other time of the day is great for the pool.  I’m very excited to get to know the climate and can only hope for year round relative sunshinyness.

It’s crazy because I’ve heard a lot of people talk about how California is very into recycling, they must be speaking of the Northern half or perchance SanDiego, because not so much in LA or the OC.  It would appear that very few have compost.  We have a recycle bin at our apt complex, but wayyyyy too often I see cardboard boxes, aluminum cans, etc. in the garbage!!! GAHHHHH It kills me, I want to dive in and save our world.  My thought is this: If you’re worried about the fact that the earth isn’t giving you enough water, then why the F@&# aren’t you taking care of your earth???????? But don’t worry, I’ll spread the word.  I actually prefer to be one of few, it makes me feel more powerful when change occurs 🙂

I have to yell this one because the produce native to California is da’bomb!  Seriously, avocado, figs, grapefruit, oh my! Omnomnomnom #ALLthefigs

All I can say is that I miss seeing my PNW friends with the frequency with which we were afforded when I lived in Sea-town.  But hey, “it’s not goodbye, it’s see you later.”

Well there’s definitely more to say, but I’ll leave it there for now.  Oh wait, I wanted to tell you that I do plan on updating my capsule wardrobe to be more appropriate for the climate; I’ll keep you posted and I’ll definitely post some outfits.